The ASL third party publisher Critical Hit has been around for probably 25 years or so, and during that time they have suffered the many slings & arrows of ASL players for their lack of editing, playtesting, and/or recycling of products. Despite that, many acknowledge that there are some gems in the pile of coal. I’m not here to make that judgement, because the only way to do so is to read/play all of their modules/scenarios, several times … which is impossible given the number and historical size of their body of work. So I’ll only present the contents as I see them and let readers/viewers make the ultimate decision. 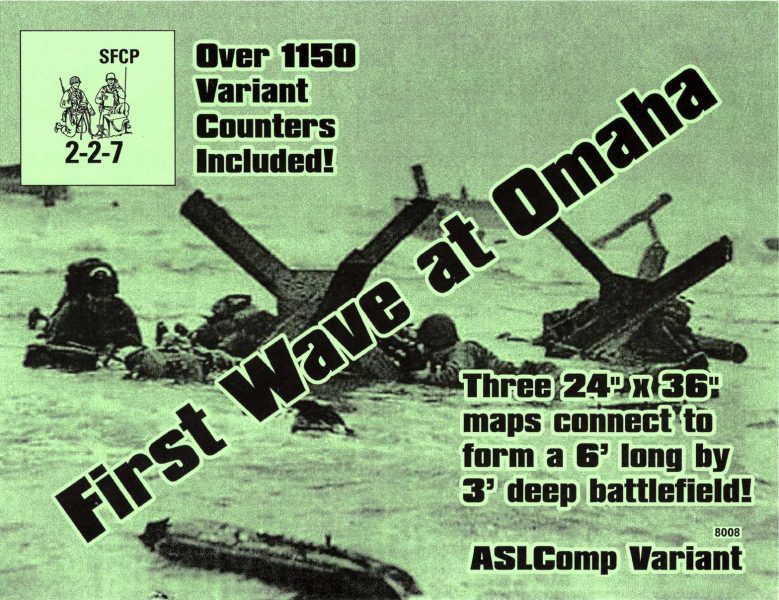 First Wave at Omaha (1st Edition, 2009) brings the fury of Bloody Omaha to players in the most massive historical module yet published. This game is a historical module for the Advanced Squad Leader system. It has three linking maps recreate Omaha West and portions of Omaha East with six feet of running map length. Every detail is there, and all of the Vierville and Les Moulins draws, scenes of the hardest fighting in Normandy and the setting for the opening scene of Saving Private Ryan, are included. 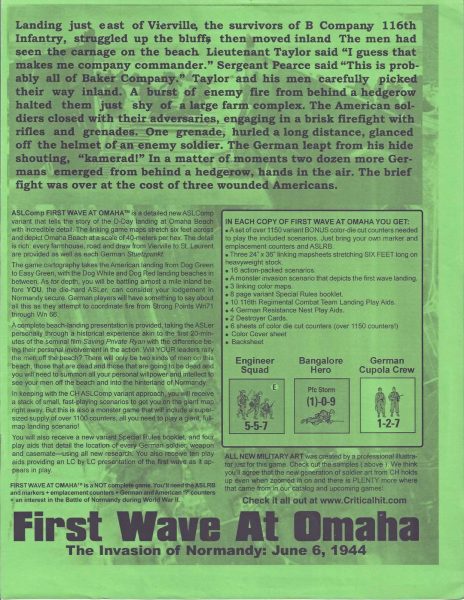