Breaking Heartstrings is Lone Canuck Publishing’s Advanced Squad Leader PTO tactical mission that never saw a release as an official module. Instead George Kelln offered it up for free as part of his “ASL for Fun” series. Every part of it is downloadable, including a full VASL map. In my case I managed to snag a copy of the printed map from LCP … and it just arrived.

The tactical mission details the Feb 21, 1944 efforts by the 22nd Marine Regiment to take Parry Island, which was part of the Marshall Islands.

Below is an excerpt from the historical perspective:

Unexpected delays in the capture of Eniwetok Island and the added commitment of the 106th Infantry Division’s 1st and 3d Battalions to clearance of the island caused a major change in the plan to seize Parry Island. This change postponed the attack until 22 February.

The delay allowed for a more thorough bombardment of Parry Island, something that was reported missing from the Eniwetok assault. For three days bombs and naval and artillery shells pounded Parry Island. This extra time allowed the assault troops aboard their landing ships more time to rest before the attack.

Despite the expeditionary force running low on ammunition and weapons, naval and artillery shells were carefully husbanded to ensure ample ammunition would be available for the assault.

The 22d Marine Regiment’s attack plan on Parry Island was completed, approved on 21 February, and disseminated to the various commanders in time for a 09:00 hours attack the following morning.

The map is quite large and historically accurate. I look forward to wading (pun intended) into this one down the road. 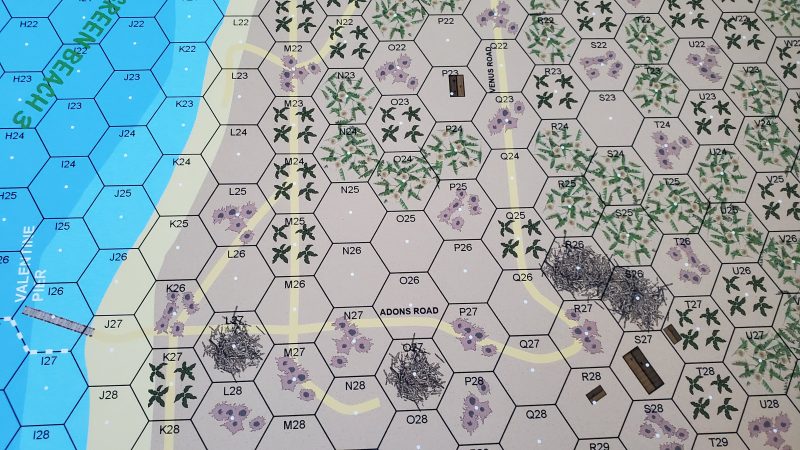 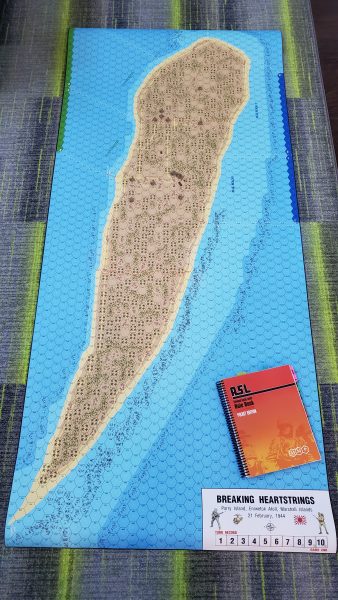