During the destruction of Army Group Center, the German front became pierced at many points. As the battlefield situation became more fluid, reliable information was of crucial importance to both sides. In the midst of the fighting an unusual clash occured on the outskirts of Lepel— unusual in that both recon forces were commanded by seasoned, aggressive leaders. Although the primary responsibility of both groups was to avoid contact and obtain battlefield intelligence, the aggressive nature of both commanders prevailed. A vicious firefight ensued. . .

Robin and I embark on the 3rd stage of AFV training; AFVs fighting each other !!!  The scenario chosen was T2 “The Puma Prowls”. Robin played the Germans, whilst I played the Russians. German balance (upgrade the 9-1 armor leader to a 10-2) was in effect.

This scenario depicts a clash of recon platoons. 5 T-70 light tanks vs 4 PSW 234/2 ‘Puma’ armored cars. The German needs to outscore the Russians in order to win the scenario. Both sides get 1 point for each enemy AFV eliminated/immobilized/abandoned and 2 points for each AFV exited from their specified exit points. I really like the way that the Victory Conditions actively reward the ASL player for evading combat and exiting vehicles, rather than just fighting it out (roles that the respective vehicles were not really designed for).

Each AFV has different strengths and weaknesses:

In our game, a meeting engagement occurred around turn 2, across the board 22 stream, with each side losing 2 AFVs each (all but 1 to APCR hits). In turn 3, my Russians managed to eliminate another PSW 234/2, and I exit 1 AFV. The score is now 5 to 2 in my favor. Robin now needs to pacify both Russian AFVs and exit his remaining Puma. All I need to do is exit 1 more AFV, and the score will be beyond Robin’s reach. In my turn 4, both of my T-70s move to the center of the map, forcing the Germans to now cover board 4. Robin engages 1 of my T-70s with his last PSW 234/2 at a range of 5 hexes, but (with the help of my finally revealed 10-2 armor leader), I hit his turret and get a low roll on my FTK6 DR, eliminating the final German AFV. 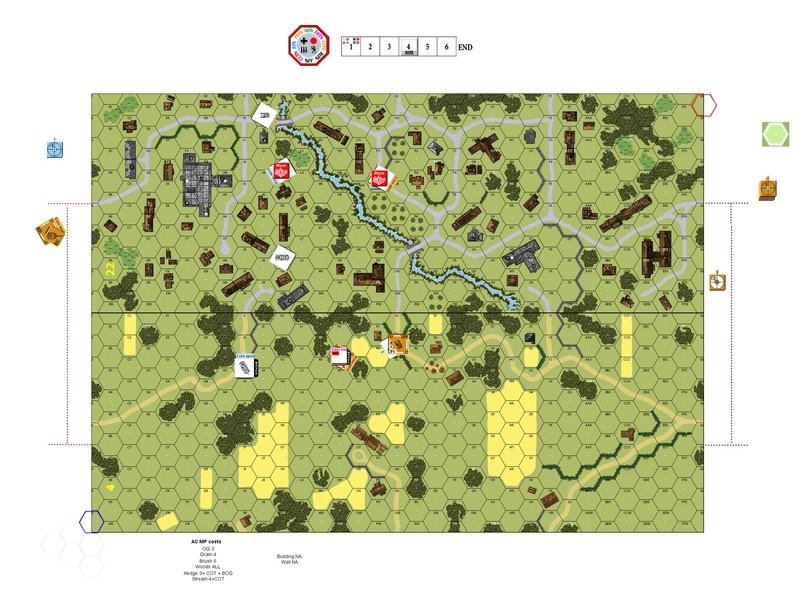