In the town of Shklov, the German advance was frustrated by the determined defense of a handful of young Soviets. Skillfully using every advantage, the young officer cadets, known as “Stalin Scholars”, were able to beat back the advance of the regular German forces. In order to break the deadlock the Germans ordered the crack Infantry Regiment “Grossdeutschland” to clear the town.

Robin came over to my home this afternoon, and we played Shklov’s Labors Lost (T4), with Robin as the attacking Germans, myself as the defending Russians. German balance (increase game length to 7 turns), was in effect. It’s quite a long while to hold out, but the Russians have almost as many squads as the Germans (7.5 vs 9), so I thought as long as I can inflict a few German casualties, I might just be able to hold out that long.

After demonstrating how to initially conceal your stack compositions (ie, by placing a squad at the top of each stack to conceal any leaders/SWs), I made a reverse-slope defense, and assigned the remaining 2 458s to M2 and N5 to act as ‘road-bumps’ (slow the initial German surge, and give the rest of the Russian an opportunity to grow concealment). The VASL graphics will hopefully illustrate the concept. 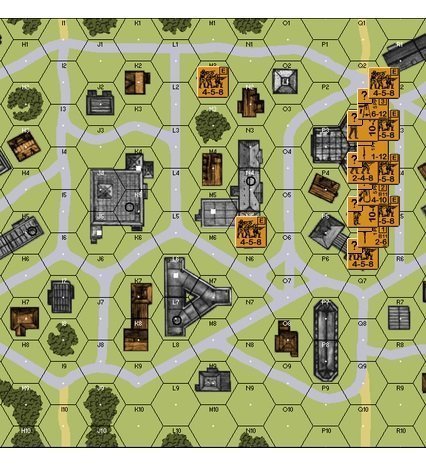 For the next few turns, the game became a cat-and-mouse affair, with my units growing concealment when they could, and creeping up the stairwells to spread out through the Q3 building. Robin wisely moved his StuGIIIBs into the rear area to prevent this (I think he remembers well how I did this with half-squads to prevent concealment growth in the X4 building when we played Commando Schenke (126)), and slowly worked his way towards the final building. 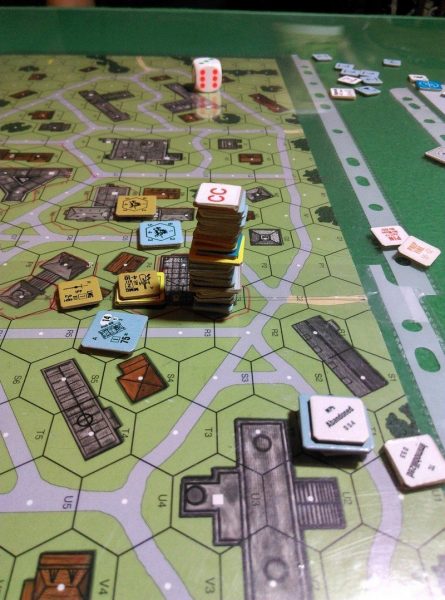 My infantry were not to survive that player turn, with the CCs in the ground floor and 2nd level going in strong favor of the Germans and leaving the entire map devoid of Russians. I had given Robin the balance, but he had won convincingly without it. A lot of fun to play this scenario again….

ASL AAR – Between the Anvil and the Hammer II (TAC14)