After the swift and total Axis victory over Greece, Bulgaria laid claim to Thrace and Macedonia. Throughout the winter of 1941-42, small bandit groups began to emerge as the nucleus of a fledgling resistance movement. On March 29th, two such bands looking to augment their meager armory raided a Bulgarian encampment in the Rhodopes Mountains. They made off with a number of weapons including light and tripod-mounted machineguns. A Bulgarian infantry company, after sorting itself out, set off in pursuit of the bandits. . .

Last weekend, Neal Ulen and I played ASL28 AMBUSH! An early war scenario, set in Greece, 29 March 1942. It depicts a Bulgarian Infantry Company (me), being ambushed by an almost like number of Greek Partisans (Neal). 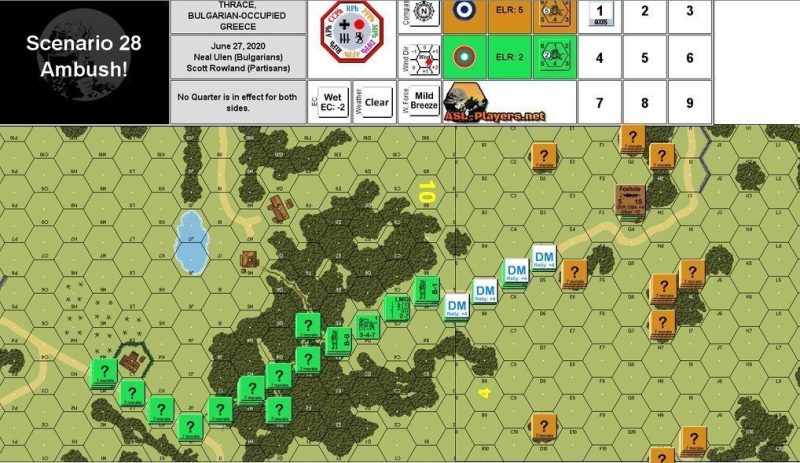 A very interesting scenario as it turned out, The Bulgarians, (ELR: 2), (SAN: 2), strung out on a road, have already been ambushed by the Partisans, (ELR: 5), (SAN: 5), and start the game with the lead elements of their column, 4 Squads, 2 Half Squads already broken and under DM. They must get 7 or mores Squads on/east of hexrow I, with the game ending at the end of any player turn they so do, they have eight turns to accomplish this goal. The Partisans who start the game already in possession of several captured Bulgarian MG’s, will increase the # of Bulgarian Squad equivalents required for victory for each MG that is functioning and possessed by a Good Order Partisan unit. The captured Bulgarian weapons are not the best to begin with, B11, adding the captured penalty means they will breakdown on a 9 or more, with no chance of repair. So you must ask yourself, do you take the chance of even firing them? The Partisans get the added advantage of 16 “?” and 2 HIP squads (along with any/all SW/SMC that setup with them.) 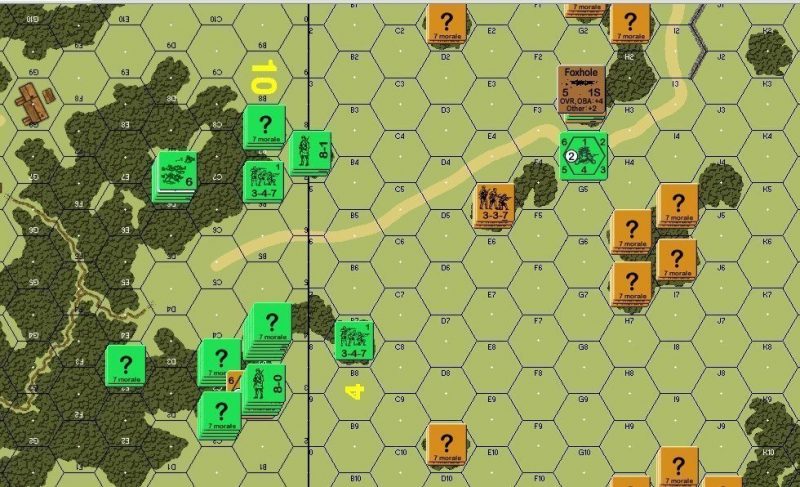 We broke this game into two playing’s, Saturday, the initial few turns mostly involved just the Bulgarians getting into position and probing the Partisan line. Neal would play this close to the vest, holding his fire and keeping concealment. Unable to create any real openings in the Partisan line, it would come down to the Bulgarians having to cross a good stretch of open ground under fire, even so, they would make decent progress. It was toward the end of the first playing that I would make a fatal error, that as it turned out, most likely cost me the game. I was very close to breaking the center of the Partisan line, I had only one Partisan squad holding me up, instead of waiting, I decided to jump him in CC, I figured that my 3 to 1 odds were a safe bet, but of course, this is ASL and I couldn’t have been more wrong. Not only did I get ambushed (Partisans are STEALTHY, lesson learned), I would get locked up in Melee and end up losing two squads, a costly error for sure. 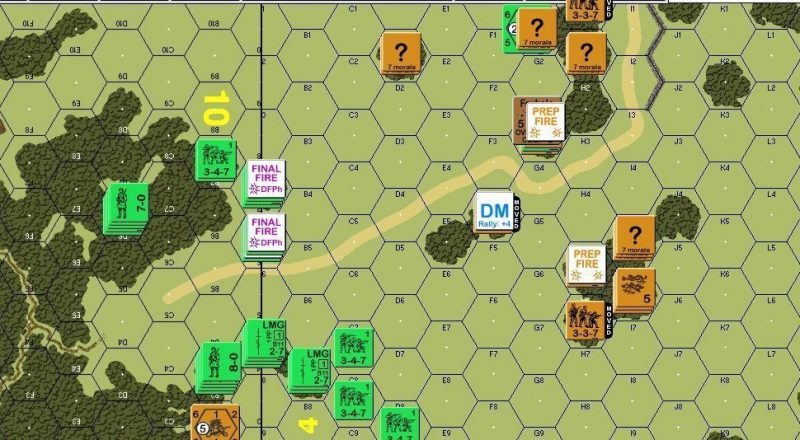 Sunday’s game went downhill for me from the beginning, I complain about the VASL dice bot all the time, but this session was crazy, the dice bot was totally off it’s med’s. At one point, in a string of eight dice rolls, we rolled five, yes count them, FIVE snake eyes, with three in a row for Neal. I would be reluctant to say that the dice bot actually cost me the game, but it was very close. With only one turn left, the dice bot killing me and the attrition reaching the breaking point, I through in the towel, there was really no way for me to fulfill the victory conditions. 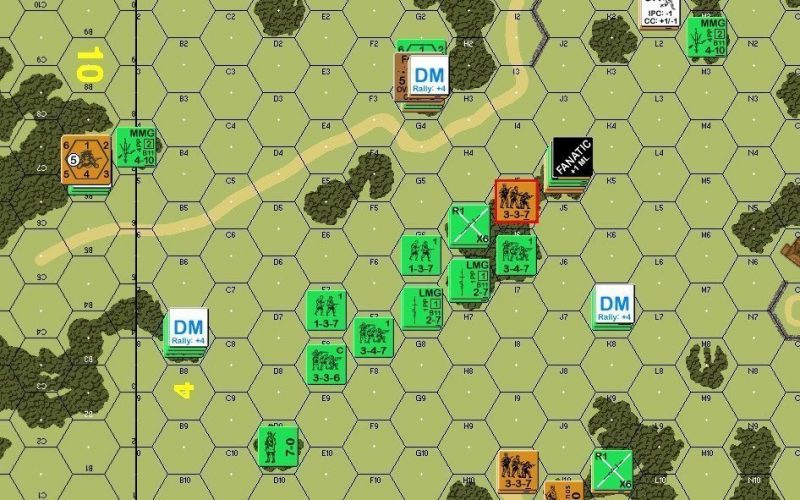 VASL dice bot aside, it was a very interesting and fun scenario, highly recommended. Once again, my thanks to Neal for the great game, always a pleasure.